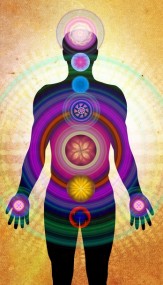 I finished Colorless Tsukuru Tazaki and His Years of Pilgrimage by Haruki Murakami a year ago but just now have gotten around to writing a review. It was the weakest Murakami book I have read, and that explains why it has taken me so long to get around to this. I feel like the protagonist who finally gets around to finding out why all his friends from high school suddenly started ghosting him. It has a lot of intriguing ideas but it goes nowhere. This is Murakami’s formula, but elsewhere it generates a lot of thoughts trying to answer the unanswered questions. Enigmas wrapped in riddles made of Zen koans. Here it just seemed like laziness and he was following his formula like a hack writer cranking it out and phoning it in.

There are a lot of paranormal happenings, as per usual in Haruki’s world. The gist is that the protagonist had 4 friends in High School that were really tight. They all had a color in their name, but he didn’t. Hence he is colorless. But then, after he goes away to Tokyo for college they never want to see him again and won’t say why. He goes on about his life but can’t shake off the feeling, wondering what happened to cause his banishment.

He meets a younger man named Haida while swimming who likes classical music, coffee, & cooking. They hang out & he enjoys Haida’s company, but after he finishes college he goes home to the north & never returns. Tsukuru misses him, plus Haida told him a strange story about a jazz musician who encountered Haida’s father & told him a strange tale. The jazz musician called himself Midorikawa, or Green River. Midorikawa, a jazz pianist, will probably have 6 fingers, but the sixth finger he wears in a bag that is tied around his neck. All right, tell me more. But he tells you less, after hinting that there is some revelation at hand, some point or purpose to the sixth finger.

One of the things I like about Haruki Murakami is he always has musical elements in his story. The friend who likes classical music likes a piece by Liszt, part of a suite on his years of pilgrimage. One of his high school friends also played the piece. This implies that the colorless one is not just drifting, wondering where his friends went, but that he is on some kind of pilgrimage. Or perhaps, he has put off his pilgrimage, and when he meets a woman he likes, she senses that this unfinished business is keeping him from moving forward, taking their relationship to the next level. So, she pushes him to find out.

But he never really finds anything out and it just meanders and peters out. Not with a bang, but a whimper.