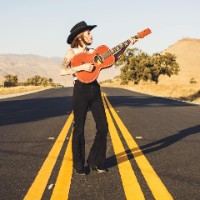 We were having a post-meditation computer download, as Conner referred to it. By computer he presumably meant, our brains. But we were shooting the breeze and it was a full moon. I said we should name our band Anne Tannah & the Baltimore Arials. It is a name I thought of and I have it on my list of band names. I offered it to a couple of Annes and Ariels, but no takers. Anyway, Stella said that she didn’t like the name — it was trying too hard — and besides, we hadn’t even played any music together as a band, so we should wait to at least hear what we sound like. Besides, who even ever said I wanted to be in a band with you? Well, I have news for you, lady. You are in my band for life. As for you objecting to my thinking up the name before I had any music, that is how I roll. If I am writing a book, or a poem, or a song, I think of a good title, and then the song, story, novel, or poem practically writes itself.

So, hypothetically, Stella, what should we name our band?

How about Sean de León & the Séance? Conner will be the drummer — Sean de León will be his stage name — and I will play guitar and sax. You are the lead singer, Stella — obviously — but you will also play guitar — and GONG! And Esmeralda will play the hammered dulcimer. Except we need a bass. So, Esmeralda will play bass. Though if need be, we will record the bass onto a backing track, and she can pretend to play the bass, and just look cool. At least for a week or so, until she gets good. Four strings. How hard can it be?

I have a lot of ideas for choreography, and stage lighting. Lights! Action! Camera!

We are also going to do the stand up comedy challenge, where the goal is to get the least amount of laughs. Private joke. Something Andy Kaufman would do. Like Tony Clifton, the terrible but over-confident lounge singer.

I have a joke about how a Tibetian monk wanted to learn English, so he read Man’s Search for Meaning by Viktor Frankl. Because he had to look up all the words, and he thought search for meaning was what he was doing? [Crickets. ] I just know that joke won’t get any laughs. So I’ll win. But this really happened to Stella’s friend, a Tibetian Monk.

Anyway, I get email from Literary Hub informing me of interesting articles, so here is a sample, an excerpt:

On one of seven pillars in the dungeon of the Château de Chillon on the shores of Lake Geneva, Lord Byron carved his name.

For the tourist, this can be a little confusing. Although he’d been exiled from England, notoriously labeled by one woman as “mad, bad and dangerous to know,” Byron was never a prisoner here.

The woman, Lady Lamb, eventually became his lover. When Byron left her, she attempted to stab herself, then sent him a pubic hair enclosed in a letter signed, “Your wild antelope.”

Some of the earliest traces of human art are found in cave paintings: the antelope, bison, and horses cantering across the walls of an underwater cave near Marseille, alongside what appears to be a man with a seal’s head; depictions of babirusa, or pig deer, in Indonesia; an abstract red splotch in northern Spain; the outline of an adolescent hand, stenciled into stone over 30,000 years ago.

mad, bad and dangerous to know!

That would make a good title. It is writing itself, as we speak!