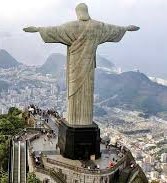 The young poet remembers one of the stories very well, because it was one of the first times he noticed that plots were used over and over again by writers, and he speculated that certain stories must have magical powers, that once they discovered the magic formula, they would tell the same story with minor variations, because it worked. This story was about the king’s barber. Most of the barbers who were hired to cut the king’s hair only lasted a day, and then they disappeared. This barber was very clever, and when he was hired, he resolved to keep his wits about him, so that he wouldn’t meet the fate of the rest of the barbers who had gone before him. When the king took off his helmet the barber noticed that the king has goat ears. So, after finishing the job, when the king asked him if he had noticed anything unusual, the barber flattered the king and just said that he looked unusually handsome. He was told to return in six weeks for another hair cut, paid well, and sent on his way.

Every six weeks the same ritual was reenacted. But the burden of the king’s secret began to weigh heavily upon him. He had to tell someone, so he dug a hole by the river and whispered his secret into the hole: “Tsar Trojan has goat’s ears.” Relieved he went about his business. But then, a song swept the populace. It was on everyone’s lips, from the postman to the paperboy. The refrain was “Tsar Trojan has goat’s ears.” Who had written this admittedly catchy but blasphemous tune? Tsar Trojan’s henchmen traced it to a shepherd who claimed that he had just fashioned a flute to amuse his flocks, from a reed that grew on the banks of the river. The barber shuddered. That was where the hole was. The next time he was summoned for the royal haircut, he could hardly keep his hand steady. Still, he managed to finish the job. Afterwards Tsar Trojan questioned him unmercifully. No one else had ever seen him without his royal helmet. He showered with it. He even slept with it. So, in fact, the barber was the only one who could have seen it. He must be the source of the leak. Finally, the barber was forced to confess. He told him he had only whispered it into a hole in the ground. The reed was what had betrayed him. I think in this version, the barber was rewarded for his honesty.

Now, this story was also the basis of one of The Brothers Grimm tales. This was made into a movie and shown in a Cinerama Theater. There was a chain of theaters, and this was the first, but there would eventually be two more. They were located across from Town & Country Plaza, by the Winchester Mystery House. More on that latter. Anyway, the Brothers Grimm movie had several segments, and one of them was about a cowardly knight, played by Terry Thomas, a British actor who had a wide gap between his front teeth. His faithful servant was played by Buddy Hacket. Through a series of pratfalls and mishaps, he had killed the dragon while the knight had cowered in fear. Yet, once the dragon was slain, the knight took full credit and was hailed as a hero. The faithful servant made a flute as well. I think it was fashioned not from a reed but from the thigh bone of one of the victims of the dragon. So, once played, it also told the tale of the cowardly knight.

The point here is that it provided a glimpse to the young poet of what went on behind the scenes with scribes. Well, even Shakespeare himself had fashioned his plays from earlier material. He could see into the workshop as they sawed and hammered away, crafting the tales to keep a drowsy emperor awake, or a gullible populace entertained.