Actually this is about Marty Ingels, not Marty Feldman. Feldman played Igor in Young Frankenstein. “It’s pronounced Eye Gore.” Marty Ingels had crazy eyes too, sort of. He actually did have a nervous breakdown on the Tonight Show with Johnny Carson, and was not able to perform for years after that. Anxiety attack, not like where he spun out of his mind. Anyway, I remember him fondly because he was on a show with John Astin called I’m Dickens, He’s Fenster. They were both carpenters, and Ingels was a bachelor–Arch Fenster, while Astin was married.

John Astin would later play Gomez on The Addams Family. For a while I got him confused with John Aniston, Jennifer’s dad. Obviously, the names are different, but for a while I was picturing Rachel Green with Pugsly and Wednesday as siblings, and Morticia as her mother. Getting back to Marty Engels, this show was only on for like one season, but I remember it. Then I wondered what happened to him. I remember he was in a movie where he played a jazz musician, a bass player, in Paris. I found the movie on Google, and it was Wild and Wonderful, starring Tony Curtis. He was a jazz flutist and their band was in Paris. He married some mademoiselle who had a poodle named Cognac, but I just remember Marty Ingels and his bass. Larry Storch was in the movie. He was the Corporal on F Troop. I don’t remember him in the movie, but he actually did play alto saxophone. All I know is that he was also in the band in this movie. I don’t remember the poodle, or even Tony Curtis. I was reading up on Marty Ingels, and he said he phoned his agent, and yelled at him, and Tony Curtis was there and listened to him yell and liked his chutzpah. So he cast him in the film. 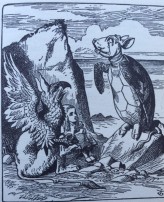 The reason I was researching Marty Ingels so avidly is because I found out he was married to Shirley Jones. I was watching Oklahoma, and she was singing “Surrey With the Fringe on Top” and “People Will Say We’re in Love.” So, wondering if she was the mother on The Partridge Family, which she was. Was she David Cassidy’s mother? On TV, yes. But she was also his step mother. David’s father was Jack Cassidy, and he was married to Evelyn Ward before Shirley. Shirley was David Cassidy’s step mother, but she was Shaun Cassidy’s mother. Then she married Marty Ingels. They used to joke that they didn’t see what he saw in her. But they were married for quite some time. Marty, who used to yell at agents, later became one himself. He sued a lot of former clients. Anyway, that is the story. I wonder if Richard Rodgers and Lorenz Hart wrote “Have You Met Miss Jones?” about her?