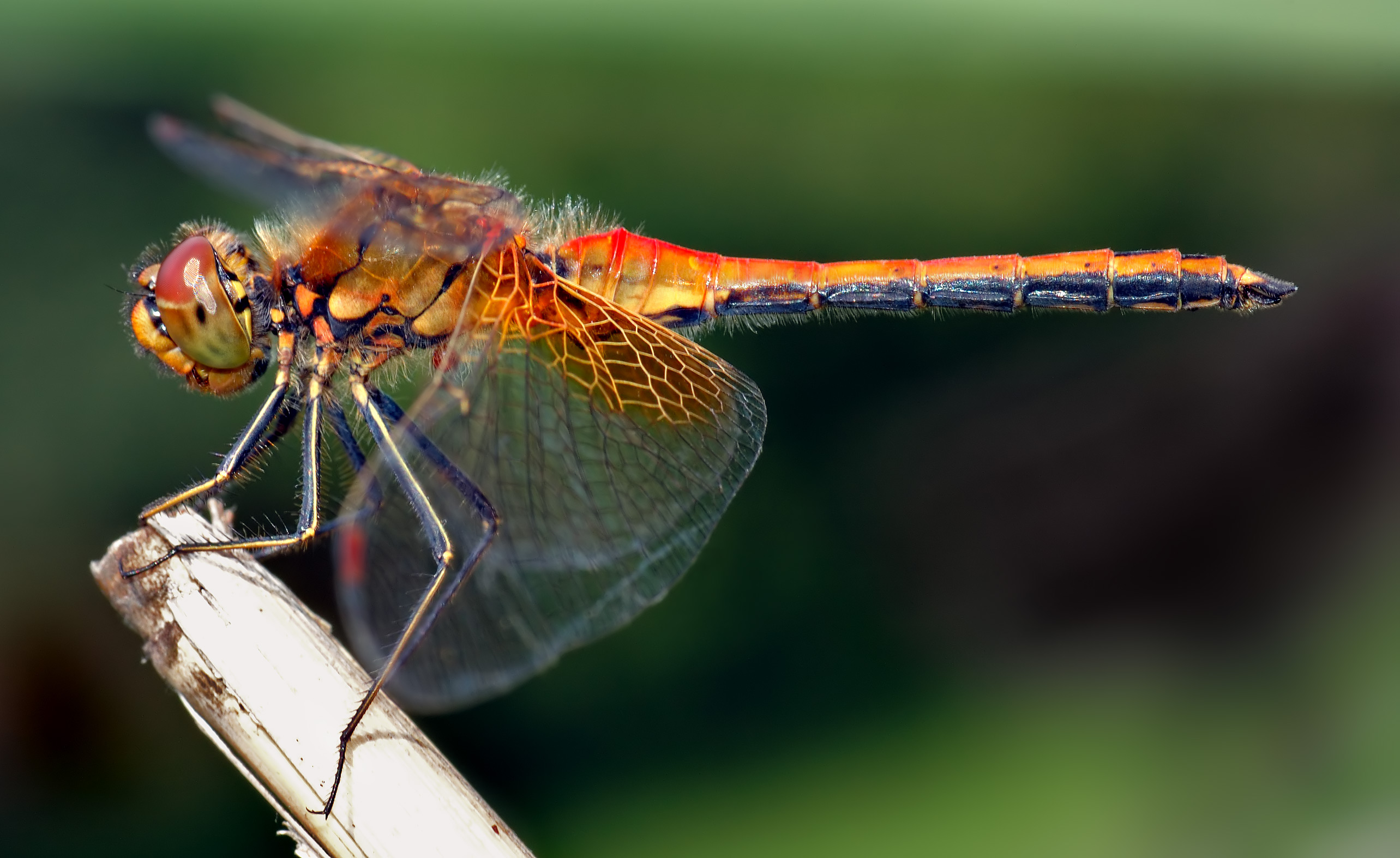 To-day I saw the dragon-fly
Come from the wells where he did lie.
An inner impulse rent the veil
Of his old husk: from head to tail
Came out clear plates of sapphire mail.
He dried his wings: like gauze they grew;
Thro’ crofts and pastures wet with dew
A living flash of light he flew.

From “The Two Voices” by Alfred, Lord Tennyson This little excerpt from Alfred, Lord Tennyson describes a dragonfly, and you can read the entire poem from which it was excerpted at the link below; but it is actually an inner dialogue between an idealist and a suicidal voice. Spoiler alert: It is a draw, with no solution to the problem offered, and all of the idealist voice’s arguments refuted. Alfred, Lord Tennyson’s poem, “The Two Voices” Thanks, Wikipedia, for mentioning that dragonfly poem, and you also had this to say: Lafcadio Hearn wrote in his 1901 book A Japanese Miscellany that Japanese poets had created dragonfly haiku “almost as numerous as are the dragonflies themselves in the early autumn.” The poet Matsuo Bashō (1644-1694) wrote haiku such as

Dyed he is with the
Colour of autumnal days,
O red dragonfly.

It is on this day, the Fourth of July, that I, too, saw the red dragonfly. And also a blue dragonfly. I half expected to see a white dragonfly. Then we would have red, white and blue dragonflies, which would make a splendid day-time fireworks display: The Red, White, and Blue. I even saw the red and the blue dragonflies engaged in a battle, like WW I pilots: the Red Baron and the Blue Max. Dragonflies are very territorial. To paraphrase Bakusui:

Dyed they are with the
Patriotic colors of summer,
O red and blue dragonfly.

The blue dragonfly is smaller, and may actually be a damselfly. I don’t know, though I am becoming quite the odonatologist. By that I mean that I checked Wikipedia. Wikipedia says “Damselfly nymphs breathe through external gills on the abdomen, while dragonfly nymphs respire through an organ in their rectum.” Problem solved. Odonatologist sounds like some kind of dentist or orthodontist, but it is actually a person who studies Odonata. Odonata is an order of carnivorous insects, encompassing dragonflies (Anisoptera/Epiprocta) and damselflies. I always get Etymology and Entomology mixed up. The former is the study of words and their origins while the later is the study of Insects. Another one that used to throw me was meteorology. Sounds like the study of meteors, or even the study of meat, but it’s the study of weather. Anywho, here’s the Etymology of Odonata. Fabricius coined the term Odonata from the Greek οδόντoς (οδούς), odontos (tooth) apparently because they have teeth on their mandibles, even though most insects also have toothed mandibles. So now you know. “Tarsophlebiidae is a prehistoric family of Odonatoptera that can be considered either a basal lineage of Odonata or their immediate sister taxon.”

So now there’s a tax on sisters?